Today was Julie's sixth birthday. We took her out to dinner at Red Robin, as they'd come around and sing the birthday song for her and bring her an ice cream sundae. They were also good enough to bring some ice cream for Katie so that some semblance of peace on Earth was maintained. 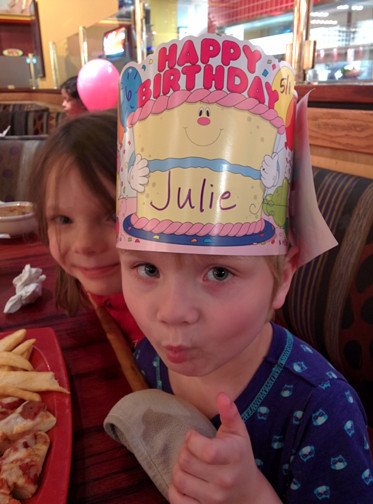 After dinner, I took Julie to the Build-A-Bear Workshop where she acquired the Pinkie Pie that you see here. Both girls have become enraptured by My Little Pony and I had checked to see that Pinkie Pie was available and offered it to Julie for her birthday. She was enthusiastic about the prospect. :) 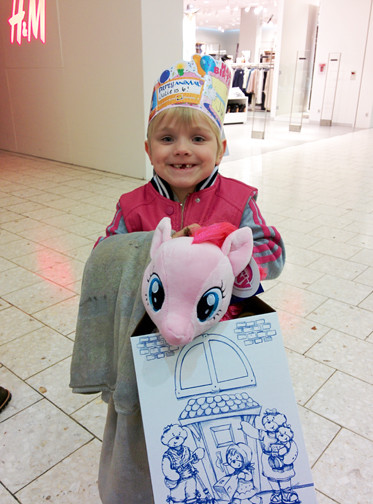 In other News of the Weird from the weekend:

On the way to Toronto, we stopped at a Tim Horton's at a rest stop on the 401. Julie asked for the "Stanley Cup" donut, probably because it had a great many sprinkles on it. She started to bite into the donut and the lower incisor that had been extremely wobbly came out and embedded itself in the surface of the donut, where I -- at first! -- mistook it for just another sprinkle.

Julie had been trying to get that tooth out for a couple of weeks. It figures that it required a hockey-related incident in Canada for the tooth to come out... :)
Collapse